How Many Songs Did Bob Dylan Write - The Biography 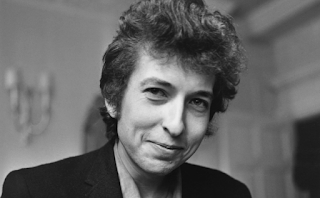 Bob Dylan learned to play the guitar & harmonica as a very young child and has since undoubtedly become one of the greatest guitarists/singer/songwriters of his time, not to mention, one of the most influential artists of the 20th century.

He records and plays his music in a particular type of way that others may call weird or wacky. Regardless of what people think, Bob’s way of doing things obviously works for him. Below you will find some of these weird attributes Bob Dylan has adopted to his life of music.

Bob had a rule that he only ever recorded music at night, he would show up to the studio around 9pm and work until the early hours of morning…always. Occasionally his band would record music pieces during the day and try to get Bob to listen to them, Bob would say “I don’t even wanna hear it if it was recorded during the day”

Always About The Lyrics

Bob always carried around a rolled-up bundle of paper with lyrics that he was working on, it was always written in pencil, and he was totally fanatical about his words. Bob would even be writing down new lyrics during recording sessions…adding, deleting, and taking out words.

Bob would have a piece of paper with thousands of lyrics written down, most of which was mainly illegible to other readers, words going upside down, sideways, and all over the page. His crew hardly ever seen him eat, but he was always drinking coffee, smoking cigarettes, and hacking away at his lyrics. Dylan told his pianist he had been working on some of his songs for five or six years, trying to get them the way he wanted them…perfect!!

Bob never ever played the same song exactly the same. Whether he was just jamming or recording, he would play the song in a different key, using different phrasing, or a different tempo…..this would often totally confuse other musicians in his band. Bob Dylan hated to repeat himself…ever!!

10 Songs Or Less Per Album

Since around 1975 Bob has only ever included 10 or fewer songs on his albums (not including “best of” or “compilation” albums) regardless of whether or not he had more than 10 songs in the pipeline at the time.

On his album “Oh Mercy” the producers tried to get Dylan to include an eleventh song “Series Of Dreams” Bob replied with “Y’know what..I only put 10 songs on my albums“ the producers tried again, saying that the song was so great it simply had to go onto the album…Bob Dylan replied again “nah nah, I’m only puttin 10 songs on there”…end of story!!

Bob Dylan And His Harley

Bob asked his music engineer to get him a 1966 Harley Davidson Shovelhead. Bob's engineer Mark Howard got him the bike and watched Bob ride away on it, but heard him stall the bike just around the corner and went to see if he needed any help.

He found Dylan sitting on the bike staring straight ahead with 3 people hanging around the front of the bike asking for his autograph…Dylan just sat there like he did not even see them, he then proceeded to start the bike again and ride off without acknowledging the 3 fans. Bob liked to ride his bike with no helmet and told Howard that “The police are really friendly around here…they are all waving at me” Howard told him that they were waving at him because he had no helmet on and wanted him to stop!!

Bob Dylan did not care to speak to other musicians, other than talking about stuff related to music and what they were recording or playing at the time. He would speak to people he knew but wasn’t really interested in becoming “friends” with the musicians he met…apart from a few guys that became close to him like George Harrison.

Whenever Bob was out and about he almost always wore a hoody, whether for anonymity or not, who knows. One day a drummer that was brought in to play with Bob’s band asked one of the engineers “Where the F**k is Bob Dylan” the engineer proceeded to say “he’s sitting right next to you” Bob just looked up in his hoodie, raised his eyebrows and continued writing lyrics!!