John Mayer is primarily known for being an American musician, songwriter, singer, guitarist, and music producer. Although his career extends to live comedy, graphic design, and writing as a columnist for some magazines. Among them the Esquire magazine. 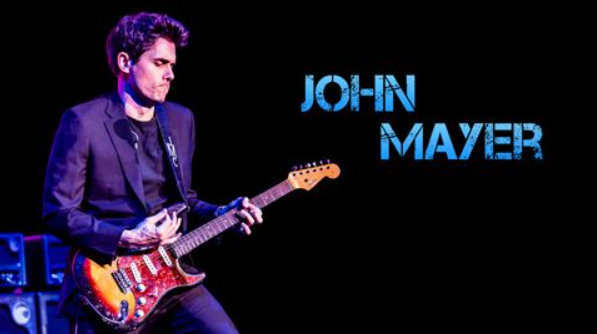 John Clayton Mayer was born in 1977 in the city of Bridgeport, although he grew up in Fairfield, both locations located in Connecticut.

John would begin to be interested in music, beginning to play the clarinet, but later he would clearly opt for the electric guitar, after seeing the interpretation of the song "Johnny B. Goode" by Chuck Berry, in the movie "Back to the Future. "

And when he was thirteen years old, his father got him his first guitar.

Shortly after, his taste for Blues began, after listening to the music of Steve Ray Vaughan. Starting to receive his first guitar lessons.

He became so obsessed with the instrument that his parents took him to the psychiatrist on occasion, concerned about his health.

Later John would declare that the continuous discussions between his parents led him to create his own world, taking refuge in the guitar.

After two years of practicing insistently, he began to play in Blues bars and concert halls in the area, at the same time that he combined it with his high school studies.

At age 17, he suffered a cardiac arrhythmia, which kept him hospitalized for a week. Later I would comment that that was the moment when the composer that he carried inside would emerge. Starting to write his first letters, the same night he left the hospital.

Shortly after this incident, he began to suffer panic attacks, even thinking about the possibility of ending up in a psychiatric hospital. Today he continues to suffer from anxiety attacks, having to calm them with medications.

After graduating, he works fifteen months at a gas station and sells part of his equipment. Raising enough money to buy a 1997 Stevie Ray Vaughan Fender Stratocaster  (this being his main instrument until his second album).

At age 19, John Mayer enrolls at the Berklee College of Music in Boston, Massachusetts.

But after two semesters in college, John drops out of college and moves with his college friend Clay Cook to the latter's hometown (Atlanta). Forming the LoFi Masters Duo together in 1997.

As stated by Clay, they began to have musical differences due to Mayer's desire to get closer to pop music. Beginning the solo career John, after the dissolution of the group.

Being able to launch in 2001 his first solo album ( Room for Squares ) reaching a meteoric success, especially when publishing the live cd and DVD ( Any Given Thursday ) of the promotional concert for the album recorded in Birmingham  (Alabama).

Establishing himself as a pop idol, but at the same time highlighting his skill as an accomplished guitarist. Getting to collaborate with legendary blues artists such as BB King, Buddy Guy, or Eric Clapton.

In 2003 he would release his second studio album ( Heavier Things ), continuing the streak of success, although not as marked as on his first album.

In 2006 John would release his third solo album ( Continuum ) cataloged by many as his best album. Combining pop music, and the feeling, sound, and sensibility of blues music. Being part of this album two of his best songs: "Gravity", and "Slow Dancing In A Burning Room".

At the end of 2009, he would publish a new studio album ( Battle Studies ), and in 2012 his fifth album " Born and Raised " would be released with a much more acoustic character, leaving Mayer's more electric side aside.

The following year he would publish the album Paradise Valley, and in 2017 what is so far his last studio album ( The Search For Everything ).

John Mayer has sometimes suffered from a throat granuloma. Causing delays in-studio editions, and tour and concert cancellations. Having to undergo surgery for this problem.

In 2010 Mayer starred in a more than unfortunate interview for Playboy magazine, in which he described his ex-girlfriend Jessica Simpson as " sexual napalm ", in addition to confessing his passion for pornography and his aversion to having sex with black women.

At a concert held on the same night as the publication of the interview, John would apologize with tears in his eyes, declaring that he would not fall for the games of the media world again.

Mayer learned that it is very different for a "nobody" to say stupid things in a relaxed chat with friends than a public figure in a media outlet. This could definitely affect your professional career. In addition to being careful never to drink whiskey during an interview.

John's love life is well known, due to his romantic relationships with famous singers and actresses.

John had a brief relationship in 2002 with actress Jennifer Love Hewitt. In 2006 John joked that he never had sex with the actress. Proving once again how hard it is for John to keep his mouth shut on intimate issues that may affect third parties. Mayer had to apologize to Jennifer for these comments.

In 2007 he began dating actress Minka Kelly, and in 2008 and part of 2009 he had a relationship with actress Jennifer Aniston.

That same year, he began a brief relationship with a 19-year -old singer ( Taylor Swift ). Taylor later dedicated the song "Dear John" to him, in which Mayer does not come off very well. Taylor should have been more discreet and not have even put the name of the singer in the title of the song.

Although later Mayer gave Taylor an unfortunate tweet on the same day as the singer's birthday. In a few minutes, he would feel guilty and deleted the comment, but it was too late.

From 2012 to 2014 he was dating Katy Perry. Although some type of romantic relationship with Rhona Mitra, Cameron Diaz, Kim Kardashian, Renee Zellweger, and Rashida Jones, among others, is attributed to him.

I do not know if all the relationships were real or unfounded, but this phenomenon has left womanizers of the stature of Mick Jagger or Eric Clapton, as mere amateurs.

Mayer's most characteristic guitar is the Fender Stratocaster, although he has used a wide variety of guitars. Among them the Fender Telecaster, and Gibson ES-335, or SG.

Although lately, it has reached an agreement with PRS for the production of its signature Stratocaster style model: the PRS John Mayer Silver Sky.

The strings that he uses are from the Ernie Ball brand, 10 - 46 gauge, and the picks that he usually handles are the Dunlop Tortex of 0.88mm.

Among the amps, he has used is a wide range of Fender models, including the Fender Blues Junior using it on a few occasions in the studio.

And to tighten his amps he's used  overdrive pedals like:

And a wide variety of other effects pedals :

John Mayer is one of the most important guitarists of his generation, coexisting in his musical interior, two parallel personalities: the ballad singer who makes his fans delirious, and the bluesman who makes his Stratocaster fly.