Steve Lukather, is an American guitarist, bassist, singer, songwriter, arranger, and producer. In addition to being a prolific session musician, he has participated in the recording of more than 1500 albums, performing a wide variety of musical genres and styles.

Attending countless artists such as Olivia Newton-John, Lionel Richie, Miles Davis, or Michael Jackson. In addition to publishing eight solo albums and being the current leader of a mythical rock band like the group Toto.

Steven Lee Lukather was born in 1957 in the town of San Fernando in the Los Angeles metropolitan area in California.

At an early age, he became interested in keyboards and drums. But at the age of seven, he began to learn on a self-taught way to play the acoustic guitar that his father would give him, along with a Beatles record.

Steve assuring that this album would change his life, acknowledging a strong influence on the part of the group's main guitarist, George Harrison. Although later he would also be influenced by blues-rock guitarists such as Jimi Hendrix or Jimmy Page, and by Jazz Fusion musicians such as Al Di Meola and Frank Gambale.

In high school, he would meet David Paich and the Porcaro brothers, with whom he would later form the Toto band. Lukather began at 16 years of age to receive guitar lessons for two years from the great guitarist Jimmy Wyble.

Expanding his musical knowledge quickly, beginning to be interested in becoming a session musician, to have the opportunity to play with great musicians.

His school friend Jeff Porcaro, who played drums for Steely Dan since 1973, would support him in his interest to work as a session musician. Receiving Steve in 1976 the offer by Paich and Jeff Porcaro to join the band, Toto, along with Bobby Kimball, David Hungate, and Steve Porcaro.

Lukather rejecting the offer to join a Miles Davis band, to be part of the aforementioned group. Steve became the lead guitarist of Toto, launching the band in 1978 his first and self-titled album studio-style Rock and Jazz Fusion. A striving prominent in the sales charts in the United States positions.

The second album of the group ("Hydra") was published the following year, reaching the sales of this edition the gold record. Although this publication would not reach the success of his first album, receiving harsh criticism from some media.

At the beginning of 1981, their third album of study ("Turn Back") would be published becoming the less successful album of the group. Considering the production company Columbia to terminate the contract with the band, if their next work did not achieve greater success.

Despite the pressure and stress that this aforementioned threat could exert on the artists, curiously in 1982, they released the band's most successful album (“Toto IV”). With world-famous hits like “ Rosanna ” or “ Africa ”. S going awarded the album with six Grammys, getting to sell more than 5 million copies that year.

Due to the recognition and experience as session musicians of the members of the band, in 1982 the components of Toto Jeff and Steve Porcaro, David Paich, and Steve Lukather would participate in the recording of the best-selling album of all time.

After 11 years of recording and acting, the members of Toto decide to take a break. Publishing Steve Lukather in 1989 his first solo album, with songs he had composed that did not appear in publications of the band.

Recognizing in the edition of this album, influences from bands like Pink Floyd or Led Zeppelin, and guitarists like Jimi Hendrix, David Gilmour, Jeff Beck, and Eric Clapton.

After publishing the band in 1992 its eighth studio album ("Kingdom of Desire"), Steve Lukather would see to it that the group continued its path after the death of Jeff Porcaro, becoming the leader of the group.

Releasing the band Toto in 2015 which is so far their last studio album (“Toto XIV”).

Releasing in 2013 is Steve Lukather's last solo studio album so far (“Transition”). The guitarist participated a year before in the so-called G3 Tour with Joe Satriani and Steve Vai.

Steve Lukather has a wide knowledge of music theory at the level of experienced jazz musicians, adapting quickly to any situation, and to different musical genres. Something elementary for a session musician of his category.

Lukather tells an anecdote during a recording of Lionel Richie ("Running With the Night") in which he began to play the lead guitar throughout the whole song, thinking that it was a mere contact with the piece in question.

When the guitarist finished he told Lionel that they could start with the first take. C ontestándole singer already just do it, and I was done flawlessly recording.

Steve has a reputation for normally doing a single take on his recordings. Commenting on this topic that if, for example, a guitar solo does not work either because of not finding the right sound or because of not feeling inspired at that moment, it would simply go on to something else.

Adding that it is better not to force inspiration and give up, to allow time for inspiration to come more naturally for a piece in question.

At the beginning of his career, Steve Lukather would opt for the Gibson Les Paul models such as the 1958 Goldtop, and the '59 model with which he would interpret the solo of the song "Rosanna". One of the most precious jewels in your collection.

During the early 1980s, Steve Lukather began using an Ibanez AR300. I initiating guitarist a business relationship with Ibanez, with the development of the custom model Ibanez Roadstar RS1010SL. C onvirtiéndose in its characteristic guitar during 1983 and 1984.

Although after this brief relationship Steve would start using exclusively Valley Arts guitars built by Mike McGuire, such as the Valley Arts Custom Pro Steve Lukather with active EMG SA single-coil pickups, with a double coil EMG 85 in the bridge position.

Moving on in the 90s to the Music Man models, the Music Man Luke was launched in 1993. Built from 1998 with their custom EMG SLV single-coil pickup, and an EMG 85 in the bridge position, known as Luke II. 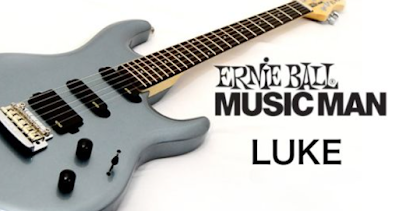 Introducing in 2012 the Luke III generation, with two passive DiMarzio Transition pickups in a dual humbucker configuration. And with two DiMarzio Custom single-coil pickups along with a Transition for the HSS setup.

The cords using for their electric guitars are Ernie Ball Super Slinky Cobalt Cobalt gauge 9-42. And from the age of 14, he has used small jazz teardrop picks, specifically the celluloid Fender 358 Shape Classic Heavy.

In the '90s his main amp was the Rivera Bonehead, although he currently uses the Bogner Ecstasy 101B.

Steve Lukather has used an innumerable number of effects pedals, but among the pedals that we can find on his current pedalboard we have:

Steve Lukather has proven to be a complete musician. Being among the best session musicians of all time. Stating Eddie Van Halen himself referring to the members of the band Toto, as the band formed collectively by the best musicians on the planet.

Who is John Mayer Married To - John Mayer's Wife?