How Much is Angus Young Worth - Guitarist Biography

Angus Young needs practically no introduction, but I will tell you anyway that he is one of the most famous guitarists in history and the founder of one of the best-known rock bands of all time. AC DC. 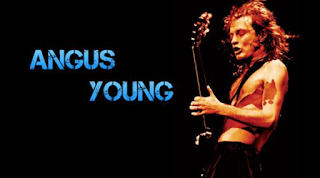 Angus McKinnon Young was born in 1955 in the city of Glasgow (Scotland), being the youngest of a large family consisting of his parents and eight siblings.

When he was just 8 years old, he emigrated with his parents and seven of his eight siblings to Sydney Australia. His brother Alex stayed in Europe, who was already dedicated to music at that time, playing the saxophone and trombone, and was the main influence for his brothers to also dedicate themselves to music.

After arriving in Sydney, Angus began to receive guitar lessons with his brother Malcolm from his older brother Goerge, who already belonged to a musical band that came to enjoy some success, although their music was Pop-style similar to that of the Beatles.

His younger brothers, however, were devoted to Chuck Berry, and his rock guitar style.

At the age of 15, he bought his first electric guitar. A second-hand SG that was destroyed by sweat and use by Mr. Angus as a teenager.

At that time he began to be part of some groups, until in 1973, and at just 18 years of age, he founded AC / DC with his brother Malcolm. I don't think they thought at the time that one of the most iconic bands in Rock history was beginning to form.

AC / DC is the abbreviation in English for "Alternating Current / Direct Current", which could be found in any electronic device, and which indicates that a device can be independently connected to these two power systems. This name was suggested by their sister Margaret, and the Young brothers thought it symbolized the energetic sound of the band, as well as the power of their performances.

A year after its formation, the charismatic vocalist Bon Scott, also originally from Scotland like the Young, joins the band, becoming a key part of the group's success, achieving the perfect potion on stage with Angus. That was precisely the goal of the Young brothers. Impact the public both in the staging and with their music.

The history of his schoolboy uniform goes back to the formation of the band, in which Angus was still studying, and when he finished classes, he went directly to rehearse with his group without changing his clothes.

His sister Margaret, proposed that in live performances Angus continue to wear the school uniform since she said that Angus behaved like a child. Angus accepted his sister's proposal as revenge for his school days, since at school he was constantly told that he would never get anywhere. They were grossly wrong.

The triumphant career of the group grew thanks to Scott's charisma and the rhythmic power of the guitarist dominance of the Young brothers, arriving in 1979 to record the group's sixth album and one of the band's most emblematic albums. Highway to Hell. Turning this particular theme into a rock anthem.

Everything seemed to go smoothly until in 1980 in the city of London, the band was shaken by the tragic death of Bon Scott by alcohol poisoning.

After Scott's death, the band considered its continuity or dissolution but finally decided to find a new singer for AC / DC, recruiting British vocalist Brian Johnson.

Johnson previously belonged to a band formed in Newcastle, called Geordie. That I got to enjoy the success, but only briefly, dissolving the group in 1978. After the separation of the band, Brian is dedicated to the installation of car windshields. Although he was still part of a small musical group.

Following Geordie's popularity, Johnson wanted to be inconspicuous in his new job and grabbed his brother's driver's cap to avoid being recognized. This was of no use because he was identified anyway, but since it did not serve to hide, he decided to take it also after finishing the workday, in the performances with his little band.

Transforming into his lucky cap. And what if it was. Although he thought about stopping using it on stage when he joined AC / DC, it was not the case. On the contrary, the Young brothers precisely encouraged him to continue using it. Becoming an indispensable part of her outfit, both on stage and in her personal life.

Once the new vocalist was integrated into AC / DC, they recorded one of the most successful albums in history, Back in Black. Dedicated to the late Bon Scott, and featuring several of the band's legendary hits included on this album. Becoming one of the best-selling albums in history, only surpassed by Pink Floyd's The Dark Side of the Moon, and Michael Jackson's Thriller.

The success of Back in Black triggered the sales of all their previous albums, unleashing the "fever" for the group worldwide. Staying with some ups and downs until today, even having a street with the name of the band in the Spanish town of Leganés.

Four years after opening this street in 2004, they did the same in Melbourne, the city where the band was formed.

In 2014 Angus's brother Malcolm Young has to leave AC / DC due to mental health problems. And in 2016 vocalist Brian Johnson leaves the group very reluctantly, due to hearing loss. Being temporarily replaced by Axl Rose, leaving the future of AC / DC in a very uncertain situation.

Malcolm usually uses a 1963 Gretsch G6131 Jet Firebird guitar modified at first, and later reworked. But modified in the opposite sense to normal.

Instead of adding controls or pads, he removes them directly. Disregarding the central pickup and the neck, leaving only the two cavities. Using only the bridge pickup. One Gretsch Filtertron Dual Coil Capsule.

How Much is Angus Young Worth

So how much is Angus Young worth today? At the age of sixty-six, the Scottish guitarist has a net worth of about $150,000,000. This roughly translates to €139,500,000 euros or £121,500,000 pounds. The net worth estimates vary because it’s difficult to forecast spending habits over the years. Angus Young’s wealth comes mostly from being a successful Guitarist.

The Angus team has been very constant, especially when it comes to guitar models, using the Gibson SG as always. In different models and with large, small pickguard, in black, cherry color, and brown.

When it comes to amplifiers, you've always used Marshall amps:

But ultimately and thus far, their amp is the 100-watt Wizard Vintage Classic.

Angus hardly uses effects. The basis of your sound basically flows from your amp's drive.

It uses a wireless system with a booster and built-in compressor to fatten up the sound (Schaffer-Vega Diversity System). So we can easily approximate its sound with a tube amp, an overdrive pedal, and a compressor for the finishing touch.

Uses Ernie Ball Super Slinky 9-42 gauge strings. So your guitar must have a very smooth feel due to the string gauge, and the typical short scale of the SG.

The picks he uses are the celluloid Fender Classic Extra Heavy.

Angus Young was not only influenced by the music of Chuck Berry, but he also adopted in his honor the so-called Duck Walk developed by Chuck Berry. Not stopping doing it in all his live performances. 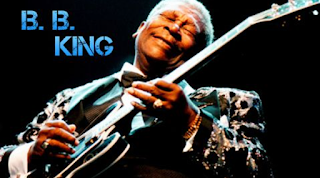 B. B. KING: Biography and his Guitar LUCILLE